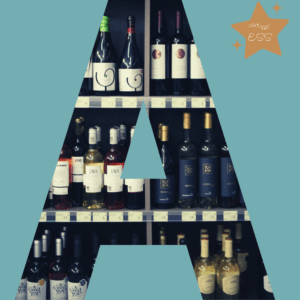 At this time of year, with Christmas and New Year just around the corner, many of us will be having a few drinks over the coming weeks and no wonder after such a crazy year!  Even though we won’t necessarily be able to celebrate in the way we’d like to! So we end up asking ourselves, does drinking alcohol affect our sleep?

We hear a lot about the risks to our health from drinking too much. But what about the effects of alcohol on our sleep? After all, sleep is vital for the health of our mind and body. Any of us who have had a few alcoholic drinks before know that it appears to make you sleep better – or at least get off to sleep quicker.  But is that really the case?  Well, yes and no!  Let me explain!

Let’s dive right in and talk about how a good night’s sleep can be affected by alcohol.

But (depending on the amount of alcohol we’ve had) this is at the cost of reducing the amount of Rapid Eye Movement (REM or dream) sleep we get in the first couple of sleep cycles when we first drift off, potentially creating an imbalance that lasts throughout the night.  So although we might have got off to sleep quickly it won’t be the quality we need, hence we can wake up feeling pretty groggy in the morning.

This lack of REM sleep is one of the biggest effects of alcohol on sleep. As usually while in dream sleep our bodies enjoy a type of paralysis (to stop us acting out our dreams), although the more we’ve had to drink, the less relaxed our muscles are, which could explain why you may become a little punchy in your sleep after a big drinking session when you do finally get some REM sleep.

The imbalance of deep and dream sleep can also mean the duration of our sleep is shorter. We’re more likely to wake more frequently too, probably because of the way our liver enzymes are breaking down the alcohol in our system – our bodies aren’t expecting our livers to be working quite so hard while we’re slumbering, so this can disturb our much-needed rest.

Another thing that can make us wake more frequently when we’ve had a drink or two is that alcohol is also a diuretic, which is the fancy term for making us want to pee more often. This effect of alcohol means more trips to the bathroom during the night (which will be more than if we’ve drunk the same amount of fluid that didn’t contain alcohol).  Ironically though, as alcohol also dehydrates us, we’re more likely to wake up feeling thirsty too…argh!

Sweaty Night After a Drink

Another effect of alcohol on sleep that you may experience when having a drink or two is that flushed feeling, which progressively gets warmer and warmer as you drink.  That’s because alcohol essentially has a sedative effect on our blood vessels too, so the blood supply increases, giving our faces that rosy-cheeked appearance.

This can then continue in the night too causing night sweats and hot flushes as the alcohol is almost out of our system which can be another thing that wakes you.

Have you ever noticed that over time your body responds differently to the effects of alcohol? Or do you have a tiny friend that seems to be able to drink twice as much as everyone else? Well, that’s because our bodies get used to alcohol and this can affect our sleep too.

Our bodies are clever and can quickly build a tolerance to the amount of alcohol we need to get us off to sleep quickly, so it could mean if we’re drinking regularly, especially if we’re doing it to help us get off to sleep, we’ll find we need to drink more to get the same effects…yikes!

And there’s still even more effects of alcohol on your sleep… if we’re relying on alcohol to get us to sleep, there’s a higher chance of you sleepwalking, sleep talking and also you’re more likely to have problems with your memory.

Finding The Balance Between Alcohol and Sleep

So what can you do?  The obvious answer is not to drink to excess (one or two standard drinks don’t seem to make too much difference to the quality and quantity of our sleep if they’re consumed occasionally).  But also leaving preferably 4 hours between your last drink and bedtime can help.  If you can’t manage 4 hours, try 2!

Of course, I’m not preaching!  I’m a fan of the occasional glass or two of wine or a G & T, but I do believe that knowledge is power when it comes to things like sleep and alcohol. So now you can make an informed decision about whether a few drinks with friends is worth losing sleep over.

How Did You Sleep Last Night?

Get my 5 Top Sleep Tips instantly in your inbox to help you get the sleep you need.

Thank you for signing up for my free sleep tips.

Please check your email inbox to confirm. I can't send you the sleep guide until you do!